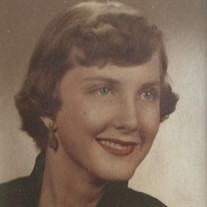 Alice J. Kerregan, age 81, of Dayton, passed away on Thursday, January 28, 2016. Alice was a 1952 graduate of Julienne High School. She was preceded in death by her husband of 45 years, John Kerregan; parents, Joseph and Bernadine Rentz; brothers,... View Obituary & Service Information

The family of Alice J. Kerregan created this Life Tributes page to make it easy to share your memories.

Send flowers to the Kerregan family.