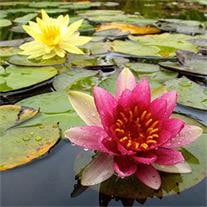 Event.observe(window, 'load', googleTranslateElementInit); function googleTranslateElementInit() { new google.translate.TranslateElement( {pageLanguage: 'en', multilanguagePage: true}, 'google_translate_element'); if (navigator.userAgent && navigator.userAgent.match(/Firefox/)) { // This is a terrible terrible hack, Google Translate blows away the sound on Firefox. // Calling reboot seems to bring it back. soundManager.reboot(); } } Audrey M. Carder, age 86, of Centerville, passed away on Tuesday, February 19, 2013, at Oak Creek Terrace. She was preceded in death by her husband of 49 years, Charles (Red) Carder. Audrey is survived by her daughter, Lynn and her husband Rick Morrison of Centerville, son Lane and his wife Patricia Carder of Charlotte, NC, and numerous grandchildren and great grandchildren. Audrey loved to crochet and was an avid walker and golfer. She was a devoted mother and will be greatly missed. Services will by private for the family. If desired, contributions may be made in Audrey's memory to Acclaim Hospice, 7887 Washington Village Dr., Suite 135, Dayton ,Ohio 45459. Arrangements in care of Reis Legacy Center Meyer-Boehmer Chapel, Centerville.

The family of Audrey Carder created this Life Tributes page to make it easy to share your memories.

Send flowers to the Carder family.