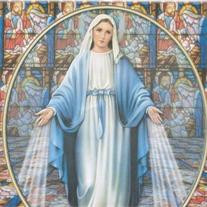 Event.observe(window, 'load', googleTranslateElementInit); function googleTranslateElementInit() { new google.translate.TranslateElement( {pageLanguage: 'en', multilanguagePage: true}, 'google_translate_element'); if (navigator.userAgent && navigator.userAgent.match(/Firefox/)) { // This is a terrible terrible hack, Google Translate blows away the sound on Firefox. // Calling reboot seems to bring it back. soundManager.reboot(); } } Barbara Jo Lantz, age 76, of Celina, and formerly of Dayton, passed away on Monday, October 1, 2012 at Oak Creek Terrace. Barbara retired from Kroger's after 27 years of service. She was preceded in death by her son, Keith. Barbara is survived by her husband of 60 years, Jerome A.; daughters, Robyn (Nick) Powers, of Kettering and Kelly Nixon, of Lima; sons, Rick (Linda), of Sacramento, CA and Craig (Karen) of Sidney; 15 grandchildren and 3 great grandchildren. Memorial Services will be held at 2:00 p.m. on Friday, October 5, 2012 in the Chapel at Calvary Cemetery. Inurnment will follow at Calvary Cemetery. In lieu of flowers, contributions may be made in Barbara's memory to Hospice of Dayton, 324 Wilmington Ave., Dayton, OH 45420.

The family of Barbara Lantz created this Life Tributes page to make it easy to share your memories.

Send flowers to the Lantz family.