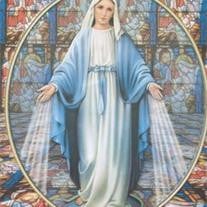 Event.observe(window, 'load', googleTranslateElementInit); function googleTranslateElementInit() { new google.translate.TranslateElement( {pageLanguage: 'en', multilanguagePage: true}, 'google_translate_element'); if (navigator.userAgent && navigator.userAgent.match(/Firefox/)) { // This is a terrible terrible hack, Google Translate blows away the sound on Firefox. // Calling reboot seems to bring it back. soundManager.reboot(); } } Beatrice Charlotte Gilles, died peacefully on August 11, 2013 at Bethany Village in Centerville. Bettie or Bea, as she was known by family and friends, was born on February 12, 1922 to Mary and Aloysius Trimbach in Dayton, Ohio. Educated at Holy Family School and Julienne High School, she worked after graduation for a year or so until she met and married Robert G. Hungling in 1941. They had three children, Linda Hungling Curtoys, Julie Hungling and Timothy Hungling. Bob died in 1974 and Bettie remained a widow until 1987 when she married J. Frederick Gilles. In 1992, they moved to Bethany Village. Fred died in 2005 and Bettie continued to live there until her death. Bettie was preceded in death by her parents, Mary and Al; her first husband, Robert; her second husband, Fred; her daughter, Julie and her sister, Jane. Those who will continue to remember Bettie for a long time to come are her many friends, as well as, her daughter and family, Linda and Jeremy, David and John; her son and family, Tim, Penny, Heidi and Mandy; and five great grandchildren. A Mass of Christian Burial will be at 12:00 Noon on Wednesday, August 14, 2013 at St. Albert the Great Church. Family will greet friends in the Gathering Space at the church from 11:00-11:50 a.m. on Wednesday. Burial will be at Calvary Cemetery. If desired, contributions may be made in Bettie's memory to: The National Kidney Foundation, The Macular Degeneration Foundation or Hospice of Dayton.

The family of Beatrice Gilles created this Life Tributes page to make it easy to share your memories.

Send flowers to the Gilles family.