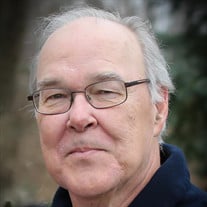 Dan Miller, formerly of Oakwood, Professor Emeritus of Sociology, died March 30, 2017. He was 69. A native of Iowa, Dan earned a B.S., M.A., and Ph.D. in Sociology at the University of Iowa. After teaching briefly at the University of Manitoba, Dan joined the University of Dayton in 1978. He earned tenure in 1982, was promoted to Associate Professor in 1983, and was promoted to Professor in 2000. He served as Chair of the Department of Sociology, Anthropology and Social Work from 1998-2002. Dan earned the College’s faculty award for outstanding scholarship in 2006. He retired from UD in 2014 to play golf, spend time with his family and continued to teach a class or two every Fall at UD. In his 39 years at UD, Dan was an influential scholar in the sociological field of symbolic interactionism. His article, "The Elements and Structure of Openings" (1975) was foundational in what came to be called the New Iowa School of Symbolic Interactionism. He served as the President of the Society for the Study of Symbolic Interaction (2004-05). Dan authored many articles and was lead editor of the volume Constructing Complexity: Social Interaction and Social Forms (1997). Although he was a giant in the field of symbolic interactionism, he was never one to take himself too seriously He wrote all of his documents in Comic Sans font, and was known for leaving cartoons and “the Onion” articles around the department. Deeply critical of “the man”, Dan was known for being a force at UD who was quick to stand up for the little guy. Department chair Leslie Picca noted, “Dan was a scholar in every sense of the word. Conversations with Dan included a magical mix of wit, wisdom, and esoteric references of popular culture. Students would flock to his classes as he didn’t just teach sociology--he taught students how to live.” Dan had a great wit and loved to laugh, often citing jokes verbatim from various comedians or movies. He played basketball in his youth and continued following college and pro ball throughout his life. Dan followed football and baseball, too. He was a proud card carrying member of the ACLU. Fond of opera, Dan introduced it to his wife. Above all Dan loved his family and friends. Dan is survived by his wife of 47 years, Barb Miller; children Nathan (Maya), and Lena (Tim); grandchildren Romy, Jonathan, Timothy, and Oliver; cousin Nancy (Steve); close friends and many relatives. A Memorial Service for Dan will take place Monday, April 10th at 2:30 pm in the Sears Recital Hall on the UD campus**. In lieu of flowers, donations to the ACLU (American Civil Liberties Union) are requested. https://action.aclu.org/secure/make-gift-aclu-someones-memory?s_src=UNH000001MEM&ms=web_left_nav. Arrangements in care of Reis Legacy Center Meyer-Boehmer Funeral Home. **Guests attending Dan's Memorial Service must obtain a parking pass from either Campus Visitor Center upon entering the U.D. campus in order to park in Lot C. The best choice is to enter campus from Irving Avenue and turn North on to Evanston Street, which becomes Founders Lane. The Visitors Center is across from the RecPlex.

The family of Dan Miller created this Life Tributes page to make it easy to share your memories.

Send flowers to the Miller family.