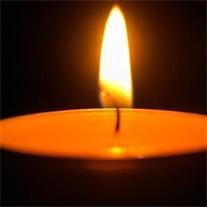 Event.observe(window, 'load', googleTranslateElementInit); function googleTranslateElementInit() { new google.translate.TranslateElement( {pageLanguage: 'en', multilanguagePage: true}, 'google_translate_element'); if (navigator.userAgent && navigator.userAgent.match(/Firefox/)) { // This is a terrible terrible hack, Google Translate blows away the sound on Firefox. // Calling reboot seems to bring it back. soundManager.reboot(); } } Gary L. Caulley, age 81, of Washington Township, Centerville, Ohio passed away on Friday, January 18, 2013 at The Sanctuary at Wilmington Place in Dayton. Mr. Caulley was the former Principal of Harmon School in Oakwood from 1967-1972. In 1972, Gary returned to the classroom to teach sixth grade reading and language arts at Smith School in Oakwood until his retirement in 1979 due to ill health. Mr. Caulley was a very progressive teacher who used a variety of media and teaching techniques in which he challenged his students and always strived to meet each child's needs. Mr. Caulley will be remembered for his genuine interest in each child he taught, the encouragement and praise he gave his students to build their confidence levels, as well as, the variety of materials he used to challenge and to motivate each child to develop the skills needed to compete successfully with their peers. It has been said that Mr. Caulley was ahead of his time in regards to his teaching methods, the materials and audio-visual aides that he used, as well as, the positive learning environment he provided his students. Gary taught to the average student, individualized programs for the advanced students while he sat down and worked individually with those students who needed extra help. Teaching was Gary's passion and he truly loved it. Prior to coming to the Oakwood, Mr. Caulley was Principal in Logan County, Tipp City, Trotwood, and New Lebanon School Systems. He began his teaching career working with seventh and eighth graders at Carbon Hill and Enterprise in Logan County. Gary taught all grade levels at two private academic tutorial services, The Little Red School House for Richard Sigmund and The Gas Light Academy for Robert F. Wood. As a student at The Ohio State University in Columbus, Ohio, Gary worked modeling for Lazarus Federated Department Stores. While taking an acting course at The OSU, Gary was fortunate to be cast as Sonny in the movie, Meet Me at the Fair, where he worked with Tim Conway and Jean Peters. Gary was born on August 1, 1931 in Lawrence County, Ohio to Earl and Martha Fradd Caulley. He lived south of Dayton in Oakwood, Kettering and Centerville since the 1960's. Gary graduated from Waterloo High School in Waterloo, OH. He studied at The Ohio State University and graduated from Rio Grande College with a Bachelor of Science Degree in Elementary Education. Gary received a Masters of Education degree from Miami University in Oxford, OH. Later, he did advance graduate work at both the University of Dayton and Wright State University. Mr. Caulley was a member of Normandy Methodist Church. He was a life member of both the Ohio Education Association and the Ohio Retired Teachers Association, as well as, a member of the Oakwood Retired Teachers Association. Gary received the Community Leader of America Award and was selected to appear in the 1969 Edition of their publication in recognition of his past achievements and outstanding service to the community and the State of Ohio. Mr. Caulley was preceded in death by his parents, two sisters, Frances Caulley and Phyllis Lester, his three brothers, Rodney, Earl and Glenn Caulley, his mother-in-law and father-in-law, Della S. and Francis Marion Mendenhall, and brother-in-law, Donald L. Smith. Gary is survived by his wife, Joanie, of Washington Twp., his son, David L. Caulley of West Portsmouth, OH, his daughter, Janice R. Stinson (Richard) of Castalia, OH, his five grandsons: Derrick (Jennifer) Caulley of Portsmouth, Clark (Tara) Stinson of Port Clinton, Grant (Mackenzie) Stinson of Bellevue, Blake and Luke Stinson of Castalia and his two sisters: Reatha Woods of Washington Court House and Hope Glazier of Ironton, his two brothers: N. Wayne (Sally) Caulley of Myrtle Beach, SC., Homer (Jeanette) Caulley of Fort Wayne, IN and sisters-in-law, Pat Smith of Kettering, and Joyce Blue and brother-in-law, Lohman V. Blue, of Reynolds Plantation, Greensboro, GA. Several nieces and nephews, as well as, a host of friends and relatives also survive Gary. A memorial service will be held on Friday, January 25, 2013 at 3:00 p.m. at Fairmont Presbyterian Church, 3705 Far Hills Avenue in Kettering with Rev. David Hoffelt officiating. Private burial services will be conducted at David's Cemetery. The family requests, if desired, that memorial contributions be made to the Fairmont Presbyterian Church Endowment Fund.

The family of Gary Caulley created this Life Tributes page to make it easy to share your memories.

Send flowers to the Caulley family.