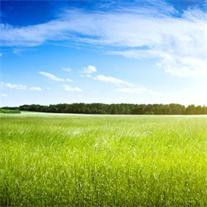 Event.observe(window, 'load', googleTranslateElementInit); function googleTranslateElementInit() { new google.translate.TranslateElement( {pageLanguage: 'en', multilanguagePage: true}, 'google_translate_element'); if (navigator.userAgent && navigator.userAgent.match(/Firefox/)) { // This is a terrible terrible hack, Google Translate blows away the sound on Firefox. // Calling reboot seems to bring it back. soundManager.reboot(); } } John Herman Bach, Jr., died peacefully on Monday, September 10, 2012 at Community South Hospital in Indianapolis, Indiana. He was preceded in death by his wife, Valeta (Nartker) Bach, his parents, John A. and Mary (Kauffman); sister, Florence and brother, Walter. John is survived by his daughters, Patricia Beard (LeRoy), Mary Ann Plaspohl (Edward), and Martha Von Bank (Nicholas). He also enjoyed his grandchildren, Meredith Beard (Jonathan Pan), Amelia Cuddy (Daniel) and Ashlee Beard; Marissa Healy (Richard), Michael (Julie) and Megan Plaspohl; Michael (Kati and Zoey), Nicholas (Jessi, Samuel and Lydia), Patrick (Emily) and William Von Bank. He was thrilled with the birth of his first great grandchild Grace Michelle who he was able to meet for the first time in July. He is also survived by his brother Raymond. John was born November 27, 1922 in Dayton, Ohio and attended Holy Rosary Elementary School. While attending Chaminade High School he worked as a free lance artist, winning many drawing contests including a washing machine for his Mother. After graduating in 1941, John attended the Dayton Art Institute on a full scholarship. In 1943, he went into the Army and was stationed in Florida, Georgia, Mississippi and England. In 1946, while stationed in France and Germany, John worked as an artist for Stars and Stripes Newspaper. After his discharge in 1946, John attended the Central Academy of Commercial Art in Cincinnati, OH. On April 28, 1951 he married Valeta Nartker at Our Lady of the Rosary Church. They were married for 58 years. John worked as the Art Director at the Don Kemper Company for over twenty years then at Willis Case Harwood for over twenty years before retiring in 1989. John and Valeta were actively involved with the Church of the Holy Angels during their fifty four (54) years as church members. John donated his artistic talents to many projects in the Church. John was a delegate to the Archdiocesan Synod and taught religious education to high school students for several years. After his retirement, he created posters which advertised and commemorated exhibits at the Marian Library/International Marian Research Institute at the University of Dayton. He also became an active member of the Dayton Society of Painters and Sculptors and Western Ohio Watercolor Society and finally followed his lifelong passion of watercolor painting. In 2009, John and Valeta moved to Greenwood, Indiana. They resided at the Hearth at Stone's Crossing and became members of Saints Francis and Clare Church. The family wishes to extended their gratitude to the staff at the Hearth for all the care and compassion they provided to our parents and to the staff and Parish community at Saints Francis and Clare Church who offered so much spiritual support in the short time they were members. A Mass of Christian Burial will be held on Saturday, September 15, 2012 at 9:00 a.m. at the Church of the Holy Angels, Dayton, OH. Interment will follow at Calvary Cemetery. Family will receive friends from 4:00 – 8:00 p.m. on Friday, September 14, at Reis Legacy Center Meyer-Boehmer Chapel, 6661 Clyo Road, Centerville, OH. In lieu of flowers, memorial contributions may be made in John's name to either the Church of the Holy Angels, 1322 Brown Street, Dayton, OH 45409 or Saints Francis Clare Church, 5901 Olive Branch Road, Greenwood, IN 46143. Words of encouragement may be sent to www.reislegacycenter.com.

The family of John Bach, created this Life Tributes page to make it easy to share your memories.

Send flowers to the Bach, family.