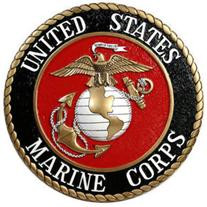 Event.observe(window, 'load', googleTranslateElementInit); function googleTranslateElementInit() { new google.translate.TranslateElement( {pageLanguage: 'en', multilanguagePage: true}, 'google_translate_element'); if (navigator.userAgent && navigator.userAgent.match(/Firefox/)) { // This is a terrible terrible hack, Google Translate blows away the sound on Firefox. // Calling reboot seems to bring it back. soundManager.reboot(); } } Merrill J. Brown, age 86 of Kettering, OH, passed away on Dec. 17, 2013 at Hospice of Dayton, following surgery and a brief hospitalization. Merrill was born July 10, 1927 on Cannons Creek in Pedro, OH, the only child of Merrill B. and Jessie (Loper) Brown. He retired in 1992 after decades as an independent owner/operator of grocery stores in the Dayton/Springfield area, most recently Merrill's Meats in Enon, OH. He was a proud member of the U.S. Marine Corps during World War II. He is survived by his three children, Steven and wife, Gwendolyn of Kettering, Timothy and his wife, Elizabeth of Beavercreek, and Susan and her husband, John of Yellow Springs; four grandchildren, J. Chandler Brown, Alyson (Mike) Hamilton, Aaron (Lauren) Krapf, and Darren Brown; four great grandchildren, Payden Kegley, Alayna Hamilton, Ryker Krapf, and Rory Krapf; and a dear friend, Maureen Britt. Cremation and a private memorial service for friends and family at Miami Valley Memory Gardens Chapel to be scheduled at a later date. In lieu of flowers, the family wishes that donations be made in Merrill's name to Hospice of Dayton. Merrill was a devoted son, husband, father, grandfather, great grandfather, employer and friend. He will be profoundly missed by all those who knew and loved him.

The family of Merrill Brown created this Life Tributes page to make it easy to share your memories.

Send flowers to the Brown family.