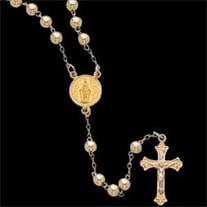 Event.observe(window, 'load', googleTranslateElementInit); function googleTranslateElementInit() { new google.translate.TranslateElement( {pageLanguage: 'en', multilanguagePage: true}, 'google_translate_element'); if (navigator.userAgent && navigator.userAgent.match(/Firefox/)) { // This is a terrible terrible hack, Google Translate blows away the sound on Firefox. // Calling reboot seems to bring it back. soundManager.reboot(); } } Paul Pekelnisky, age 92, of Dayton, passed away on Thursday, April 18, 2013. Paul was born on May 25, 1920 in Sullivan, Indiana and graduated in 1938 from Pleasantville High School. He was preceded in death by his wife, Mary, after 41 years of marriage; his mother and father, Mary and James; and his sisters, Elizabeth and Esther. Paul was a member of Holy Angels Parish for over 60 years and a resident of Oakwood for more than 60 years, as well. He worked for over 40 years in the tool & die industry; working for such firms as Aetna Paper Company, NCR and Crown Tool. Paul was a proud WWII veteran, serving in the Army from Oct. 21, 1941 until Oct. 6, 1945. He was a lifelong member of VFW Post 9927 on Wilmington Pk., where he loved to play cards. Paul was an avid bowler and was blessed to be able to do so well into his 80's. He, also, loved to fish. He is survived by many nieces and nephews, as well as friends. Paul was, also, blessed to have wonderful neighbors. He was a kind and generous man with a great sense of humor and was blessed with a long life. He will be missed. Family will greet friends from 6:00-8:00 p.m. on Monday, April 22nd at Reis Legacy Center Meyer-Boehmer Chapel, 6661 Clyo Rd., Centerville. A Prayer Service will be held at 9:15 a.m. on Tuesday, April 23rd at the funeral home. Mass of Christian Burial will follow at 10:00 a.m. on Tuesday, April 23rd at Church of the Holy Angels. Burial will be at Calvary Cemetery.

The family of Paul Pekelnisky created this Life Tributes page to make it easy to share your memories.

Send flowers to the Pekelnisky family.