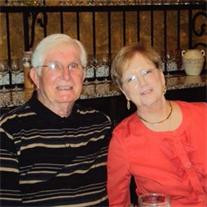 Event.observe(window, 'load', googleTranslateElementInit); function googleTranslateElementInit() { new google.translate.TranslateElement( {pageLanguage: 'en', multilanguagePage: true}, 'google_translate_element'); if (navigator.userAgent && navigator.userAgent.match(/Firefox/)) { // This is a terrible terrible hack, Google Translate blows away the sound on Firefox. // Calling reboot seems to bring it back. soundManager.reboot(); } } Perry Kirbabas, age 82, of Centerville, passed away on Thursday, February 28, 2013 at Hospice of Dayton from leukemia. Perry was a graduate of Fairview High School, Class of '49 and the University of Dayton, Class of '57. He honorably served his country in the US Army during the Korean War. He retired from the U.S. Government Office of Personnel Management. Perry was a member of the Order of AHEPA and Christ United Methodist Church. He was preceded in death by his father, Apostolos and mother, Anna; brothers, Deno and John. Perry is survived by Phyllis, his beloved wife of 52 years; daughter, Ruthanne (Tim) Myers; sons, Christopher (Stel) and Matt (Maggie); brother, Nick (Helen); grandchildren, Alec, Tyler, Zachary, Trevor, Conner, Nicholas, Delaney, Alexandria, Samuel, and Sydney, and many nieces and nephews. Family will greet friends from 10:00-11:00 a.m. on Friday, March 8, 2013 in the Chapel at David's Cemetery Mausoleum, 4600 Mad River Road, Kettering, OH 45429. Memorial Service will follow at 11:00 a.m. In lieu of flowers, contributions may be made in Perry's memory to Hospice of Dayton, 324 Wilmington Ave., Dayton, OH 45420.

The family of Perry Kirbabas created this Life Tributes page to make it easy to share your memories.

Send flowers to the Kirbabas family.