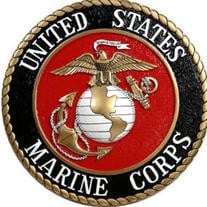 Event.observe(window, 'load', googleTranslateElementInit); function googleTranslateElementInit() { new google.translate.TranslateElement( {pageLanguage: 'en', multilanguagePage: true}, 'google_translate_element'); if (navigator.userAgent && navigator.userAgent.match(/Firefox/)) { // This is a terrible terrible hack, Google Translate blows away the sound on Firefox. // Calling reboot seems to bring it back. soundManager.reboot(); } } Raymond P. Fischer, Sr., age 77, of Centerville, passed away on Thursday, September 27, 2012. He was a Veteran having served in the United States Marine Corp. Ray retired after 29 years of service at DAP, Inc. He was preceded in death by his parents, Helen & Raymond; and sister, Phyllis. Ray is survived by his wife of 53 years, Mary (Conty) Fischer; daughters, Donna Fischer and Michele Dorsten; sons, Raymond (Laura) and Mark (Elizabeth); brother, James (Mary); 13 grandchildren and 3 great grandchildren. Family will greet friends from 10:30-11:15 a.m. on Monday, October 1, 2012 at the Church of the Incarnation. A Mass of Christian Burial will follow at 11:30 a.m. at the church. Burial will be at Calvary Cemetery. If desired, contributions may be made in Ray's memory to Hospice of Dayton, 324 Wilmington Ave., Dayton, OH 45424. Arrangements in care of Reis Legacy Center Meyer-Boehmer Chapel, Centerville.

The family of Raymond P. Fischer, created this Life Tributes page to make it easy to share your memories.