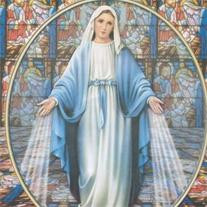 Richard L. Furry, age 88, of Centerville, Ohio, died on February 4, 2014, at Hospice of Dayton. He was preceded in death by his wife, Cathy, of 54 years. Richard is survived by his daughter, Carmel Klein of Indianapolis, Indiana; his daughter, Claire Miley of Nashville, Tennessee; his daughter and son-in-law, Celia and Joseph Meholic of Bel Air, Maryland; and his daughter, Camela Furry of Chicago, Illinois; six grandchildren, Nicholas Klein, Christina Klein, Kathryn Miley, Emily Meholic, Michael Meholic, and Alexander Meholic; sister and brother-in-law, Peg and George Johnson of Tampa, Florida. Richard was born in Chicago, Illinois and was a graduate of Leo High School. He received his undergraduate degree from the University of Chicago. Upon graduation he entered the United States Navy and served in the Pacific Theater during World War II and was awarded four medals of honor. After serving his country, he earned his Doctor of Law degree from the University of Chicago Law School. Richard was passionate about his work as a corporate attorney and retired December 31, 2013, after 63 years. He was an athlete who played high school and college basketball, enjoyed playing squash, and played tennis into his seventies. Richard was a member of the Dayton Country Club, the Dayton Racquet Club, and the Ohio State and Dayton Bar Associations, and was a parishioner of St. Albert the Great Catholic Church since 1966. He was a devoted husband, and a loving father and grandfather who left a legacy of zest for hard work, good times, and enduring commitment to faith and family. Family will greet friends on Sunday, February 9, 2014 from 4:00-6:00 p.m. at Reis Legacy Center Meyer-Boehmer Chapel, 6661 Clyo Rd., Centerville. A Mass of Christian Burial will be held at 12:00 Noon on Monday, February 10th at St. Albert the Great Church. Interment will be at David's Cemetery. In lieu of flowers, memorial contributions may be made to St. Albert the Great Church or a charity of choice.

Richard L. Furry, age 88, of Centerville, Ohio, died on February 4, 2014, at Hospice of Dayton. He was preceded in death by his wife, Cathy, of 54 years. Richard is survived by his daughter, Carmel Klein of Indianapolis, Indiana; his daughter,... View Obituary & Service Information

The family of Richard L. Furry created this Life Tributes page to make it easy to share your memories.