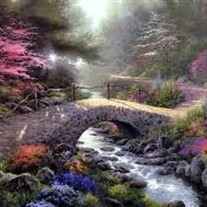 Ruth M. Baxter, age 85, of West Carrollton, went home to the Lord peacefully Saturday, April 23, 2016 at Kettering Hospital. Ruth was born July 6, 1930 in Donaldson, AK. In death, Ruth was preceded by her parents, Lloyd and Cleone (Montgomery) Jordan; her husband, Roger M. Baxter, Jr.; daughter-in law, Cheryl (Cantrell) Baxter and grandson-in-law, Capt. Dee Imlay, USAF. She is survived by her son, Lt. Col. (USAF Ret.) Roger M. Baxter III; daughter and son-in-law, Rebecca and Rodney Lucas; sister, Patsy and Charles Lunda; grandchildren, Stacey (Dan) Pilarz, Tami Imlay, Katie (Roman) Nemtsov, Kori (Stephen) Hodum, Nathan Baxter, and Zachary Lucas; great grandchildren, Maria, Isaac, Jack, Nickolai, Danica, Lyndis, Jaxson, Aiden, Aylea, and Ellie and her many friends at First Baptist Church of West Carrollton. Ruth’s life was punctuated by her love and service to God, family and friends, her students and humanity. She was a graduate of Tulane University and Wright State University. Ruth’s passion was teaching and she impacted the lives of students locally and abroad. She retired from Dayton Public Schools and served as a Missionary Teacher in American Samoa. Ruth was dedicated to serving the Lord, volunteering at Aullwood Audubon Center and Farm, Ohio Southern Baptist Convention Disaster Relief, Cox Arboretum, Ohio Civil Air Patrol and many church activities. Ruth was a wonderful wife, mother, and grandmother, providing guidance and love until the end. Ruth will be missed by so many, but will never be forgotten for the way she lived her life and cared for people and loved ones. Her family, under the care of Reis Legacy Center Meyer-Boehmer Funeral Home, will receive her friends on Tuesday, April 26, 2016 from 4-8 PM at First Baptist Church of West Carrollton, 705 S. Elm St., West Carrollton. The funeral will be at First Baptist Church on Wednesday, April 27, 2016 at 10 AM. Burial will be at Miami Valley Memory Gardens. The Baxter family would like to give thanks to Ruth’s friends and especially church friends for the support and friendship over the years. If desired, memorial contributions can be made in honor of Ruth Baxter, in c/o First Baptist Church of West Carrollton 705 S. Elm St., West Carrollton, Ohio 45449.

The family of Ruth M. Baxter created this Life Tributes page to make it easy to share your memories.

Send flowers to the Baxter family.