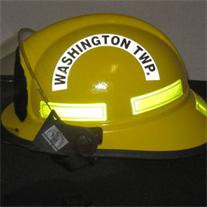 Event.observe(window, 'load', googleTranslateElementInit); function googleTranslateElementInit() { new google.translate.TranslateElement( {pageLanguage: 'en', multilanguagePage: true}, 'google_translate_element'); if (navigator.userAgent && navigator.userAgent.match(/Firefox/)) { // This is a terrible terrible hack, Google Translate blows away the sound on Firefox. // Calling reboot seems to bring it back. soundManager.reboot(); } } Stephen T. Maloney, age 85, of Centerville, passed away on Tuesday, May 7, 2013 at Liberty Retirement Community. Stephen loved the Washington Township Fire Department, Cincinnati Reds, U. D. Flyers, and Ohio State. He was preceded in death by his parents, Stephen and Dorothy Maloney; and his brother, Jim. Stephen is survived by many cousins, including Mrs. Houlihan of NY, John Pfahler, Kathryne Dennler and Barbara Palmer. A Mass of Christian Burial will be held at 10:30 a.m. on Monday, May 13, 2013 at Church of the Incarnation. Burial will follow at Calvary Cemetery. If desired, contributions may be made in Stephen's memory to Washington Township Fire Department Firefighters Association, 8320 McEwen Rd., Centerville, OH 45458. Arrangements in care of Reis Legacy Center Meyer-Boehmer Chapel.

The family of Stephen T. Maloney created this Life Tributes page to make it easy to share your memories.