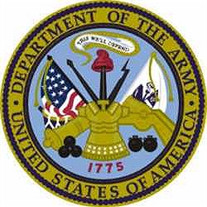 Steve A. Motko, age 86, of Beavercreek, OH, passed away peacefully April 25, 2014. Steve is survived by his wife, Doris, of 65 years; son, Tim; daughters, Cheryl, Debbie, and Julie; brother, Louie; 7 grandchildren; 6 great grandchildren; and 2 great-great grandchildren. Preceded in death by his mother, Piroska (Rose); father, Johan; siblings, Margaret, Libby, Rosie, Mary, Joe; and grandson, Chad. Steve served his country proudly as an Army veteran and as a Federal Government civilian for the 4950th Test Wing Command at Wright-Patterson AFB until he retired in 1985. He was honored for his role in the historic transfer of aircraft from McCook Field to the new Air Force Museum in 1970 and served as a volunteer on the Beavercreek Fire Dept. His hobbies were fishing, camping, tinkering with motors, and making parts on his metal lathe-mechanically he could design a solution to solve most any problem. Steve served as husband, father, grandfather, provider and mentor. We miss him dearly but know that he is in Heaven "fixing" anything that's broken and will continue to provide for us from above. Visitation will be held Tuesday, April 29 from 5-7pm followed by a Memorial Service from 7-8pm at Reis Legacy Center Meyer-Boehmer Chapel, 6661 Clyo Rd., Centerville. Final resting place will be Valley View Memorial Gardens, Xenia, OH.

The family of Steve A. Motko created this Life Tributes page to make it easy to share your memories.

Steve A. Motko, age 86, of Beavercreek, OH, passed away peacefully...

Send flowers to the Motko family.