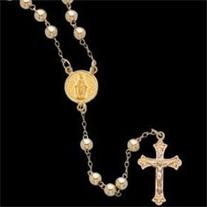 Event.observe(window, 'load', googleTranslateElementInit); function googleTranslateElementInit() { new google.translate.TranslateElement( {pageLanguage: 'en', multilanguagePage: true}, 'google_translate_element'); if (navigator.userAgent && navigator.userAgent.match(/Firefox/)) { // This is a terrible terrible hack, Google Translate blows away the sound on Firefox. // Calling reboot seems to bring it back. soundManager.reboot(); } } Theodore C. Rynda, age 89, of Dayton, passed away on Tuesday, December 4, 2012. Ted served his country in the Army Air Corp during WWII. He retired from WPAFB after 30 years of service as an electrical engineer. Ted was a member of the Institute of Electrical & Electronic Engineers and the Institute of Navigation and Air Force Association. He was preceded in death by his parents, Charles and Dorothy Rynda. Ted is survived by his wife, of 62 years, Alma; son, Douglas and wife Betty of Portsmouth, RI; sister, Mary Zink, of Green Bay, WI; brothers, Raymond, of Raddison, WI and Francis, of Hanford, California; grandchildren, Dallas, Eric, and Jackson. Family will greet friends from 2:00-4:00 p.m. on Wednesday, December 12, 2012 at Reis Legacy Center Meyer-Boehmer Chapel, 6661 Clyo Rd., Centerville. Mass of Christian Burial will be held at 10:30 a.m. on Thursday, December 13, 2012 at Our Lady of the Immaculate Conception Catholic Church. Burial will follow at Calvary Cemetery.

The family of Theodore Rynda created this Life Tributes page to make it easy to share your memories.

Send flowers to the Rynda family.