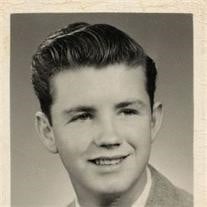 Event.observe(window, 'load', googleTranslateElementInit); function googleTranslateElementInit() { new google.translate.TranslateElement( {pageLanguage: 'en', multilanguagePage: true}, 'google_translate_element'); if (navigator.userAgent && navigator.userAgent.match(/Firefox/)) { // This is a terrible terrible hack, Google Translate blows away the sound on Firefox. // Calling reboot seems to bring it back. soundManager.reboot(); } } Timothy Sweeney, of New Carlisle, Ohio, passed away Sunday, April 7, 2013. He was 72 years old. Tim was born on October 31, 1940 in Detroit, Michigan. He graduated from Catholic Central High School in 1958 and from the University of Detroit in 1963. He moved to Dayton to work at Wright-Patterson Air Force Base following graduation. In 1970, he married Janet Boehmer, whom he met as a part of the Depaduans, a high-spirited group of twenty-something Catholics. They enjoyed many skiing trips, softball and volleyball games, sing-alongs, and practical jokes. Tim was an aeronautical engineer at Wright-Patt, where he worked on a variety of aircraft including the C-5, the A-10, and the B2 Bomber; he also, as a member of headquarters staff, played a key role in managing the new Air Force Material Command. He was involved with Operation Credible Sport (1980), a project that was to have used an airlifter modified with rocket engines to rescue the hostages in Iran. He was proud to have footage that he shot from a helicopter appear, years later when the operation was declassified, on the nightly news. Tim also worked for many years as a consultant to E-BEAM Services in Lebanon, Ohio, where he enjoyed tackling new engineering problems. Throughout his career, he was known for his enthusiasm for his work, his ability to get along with everyone, and his tremendous integrity. He enjoyed golf outings and his volunteer work at Sunwatch, where he was a regular and devoted volunteer since 1995. Family and friends appreciated his precise memories of events more than fifty years old; his sense of humor; and his love of kids, Jeopardy, and Mexican food. He is survived by his wife, Janet; his daughter Meghan, son-in-law Nick, and grandson Henry of Wilmington, North Carolina; brother Terry Sweeney; sister and brother-in-law Sheila and Jack Coury; brother and sister-in-law Dennis and Julie Sweeney; and many much-loved nieces, nephews, great-nieces and nephews and other dear family and friends. A Memorial Mass will be held on Thursday, April 11 at 10:30 a.m. at St. Rita Church, 5401 N. Main St., Dayton. In the summer, a Celebration of Life will be held at Sunwatch Indian Village for Tim; all are welcome to attend. In lieu of flowers, please send donations to Sunwatch (www.sunwatch.org) for a memorial honoring Tim Sweeney.

The family of Timothy Sweeney created this Life Tributes page to make it easy to share your memories.

Send flowers to the Sweeney family.